Dinolt Becnel & Wells Investigative Group, a private investigative firm based in Washington, D.C., and Baltimore, Maryland, specializes in litigation support for attorneys. From process service, to interviewing, to surveillance, to testifying, our skilled private investigators are experts at gathering and analyzing evidence to help build successful cases. We are ranked Best Private Investigations Provider by both The National Law Journal and The Legal Times. We handle the investigative legwork so you can practice the law.

We are a private investigative firm in Washington D.C. that specializes in litigation for attorneys. Learn how we

We are a private investigative firm in Washington D.C. that specializes in litigation for attorneys.

Learn how we combated residency fraud through top-notch surveillance.

When a school board wanted to develop a program to combat residency fraud they came to Dinolt Becnel & Wells Investigative Group to do the investigations. Residency fraud is when parents enroll their children in schools where they do not reside. It is a serious problem, as it bleeds resources from cash-strapped municipalities, who are forced to shoulder the substantial cost of educating students from families who do not pay taxes in their jurisdictions.

Our firm was instrumental in creating an anti-residency fraud program in this school jurisdiction, where no such comprehensive program had existed before. One of the main challenges we faced was how to “prove” parents were living in a certain location, particularly if tax, motor vehicle, and property records were inconsistent. We quickly determined that the only way we could prove the fraud was to observe students at homes outside of their schools’ jurisdiction.

The evidence we gleaned from our investigations was essentially irrefutable, which significantly helped the school board confront the guilty parents and to set an example to stem the problem of residency fraud.

For an entire school year, our private investigators received countless tips from an anonymous hotline (among other sources), did intensive research on parents’ residences to investigate the complaints—and we conducted daily surveillance on the subjects of these tips to see where they came from before school. Because the subjects of these investigations were children, our investigations had to be handled with the utmost delicacy.

Because of the top-notch work our investigators did, we were able to identify scores of parents who were brazenly ripping off the school system. Our reports contained photographs of students and their parents leaving homes in outside jurisdictions and commuting into the schools. The evidence we gleaned from our investigations was essentially irrefutable, which significantly helped the school board confront the guilty parents and to set an example to stem the problem of residency fraud.

Learn how we brought order from chaos in a wrongful death case.

In a wrongful death case involving an accident at a sporting event we were working for the attorneys representing the decedent’s family. Our firm was hired to investigate the accident, and as part of our investigation we needed to identify and interview witnesses.

Some of the witnesses were easy to locate, as they were the decedent’s friends whom the family knew. To get contact information for these witnesses we used a consultant to gain access to the decedent’s mobile phone (with the family’s expressed permission). However, there were hundreds of people at the sporting event, and identifying these other potential witnesses proved more challenging, as there were no records available regarding who entered the area where the accident occurred.

Whenever anything of significance happens nowadays, people tend to talk about it on Twitter and Facebook, among other social media websites. One of our investigators searched these sites exhaustively to identify witnesses who were at the event, and then we used investigative databases to locate contact information for these people. This enabled a second private investigator at our firm to interview these witnesses, not only to learn what they witnessed, but also to create snowball samples we could use to identify other witnesses. These witnesses were then located using investigative databases too. Link analysis software helped us identify clusters of witnesses who were together at the event.

Because of the outstanding research and meticulous documentation we did in this case—aided by the latest in investigative technology—we were able to make sense of a highly chaotic event.

The posts and tweets related to the accident, however, represented much more than just a means to locate witnesses; they were also evidence which could be useful to impeach witnesses who might choose later to tell a different story about what happened. To prevent this digital information from getting deleted, we used a unique software program to automatically download and create MD5 hash tags for every individual piece of digital evidence we found online related to the accident. This would allow us to testify with certainty regarding the origin and authenticity of the evidence, even if the case did not go to trial until years later when evidence might no longer be online.

Because of the outstanding research and meticulous documentation we did in this case—aided by the latest in investigative technology—we were able to make sense of a highly chaotic event. This proved very helpful to the plaintiff’s counsel reaching a settlement in the case.

Learn how we used forensic interviewing to break a case.

Laws with qui tam provisions like the False Claims Act provide powerful incentives for whistleblowers (also known as relators) to report waste, fraud, and abuse. These laws provide relators with a percentage of any award, should their cases be successfully prosecuted. However, sometimes people will misrepresent facts to attempt to secure a reward when in reality they just have an axe to grind against their employer. Relators’ counsel do not want to take cases without merit, as doing so wastes their resources and damages their credibility with the government attorneys who must decide which cases to prosecute. Our investigators have interviewed over hundreds of potential relators and have given their opinion about the validity of the claims based on the relators’ body language and on background investigations.

In one case, a man working at a hospice reported that, after his employer failed an internal audit, the owner directed employees to backfill names, signatures, and dates on copies of consent and notice of election forms before the forms were scanned into the company’s electronic medical records system. These documents are what allowed the company to bill Medicare for their services. If the relator’s claims were true, because the information contained on these documents had been largely forged, many of the company’s Medicare claims over at least the past five years were fraudulent and the company should not have been reimbursed for millions of dollars of hospice services.

Our investigators have interviewed over hundreds of potential relators and have given their opinion about the validity of the claims based on the relators’ body language and on background investigations.

The problem was that the potential relator did not have any proof of the fraud, so the case literally hinged on his credibility. We were engaged by his attorneys to see if the case actually had legs. We began by obtaining a release from the potential relator, allowing us to access his credit report and social media accounts, and then we did a forensic interview of him, asking him detailed questions about how he discovered the fraud, who else was involved, and about how documentary evidence of the fraud was subsequently altered or destroyed. We also explored possible motivations for him to make a false claim.

As his background check turned up nothing untoward and his behavior betrayed no deception or ulterior motives, we recommended that the law firm accept this case. They did so, and the case was later successfully prosecuted, resulting in a substantial award for the relator and his attorneys.

Learn how we traveled the globe in search of witnesses.

In a capital murder case where we were appointed by a federal judge to work for the defense, the crime, an alleged act of terrorism, occurred on another continent. Our investigation involved locating and interviewing several witnesses scattered throughout eight countries on three continents, including in the country where the alleged crime occurred, an underdeveloped and autocratic country where the government was hostile to the defense. Our challenges included navigating the strict privacy laws of various countries in order to find the witnesses; finding translators in order to help facilitate the interviews; and discerning who we could trust in the communities where the alleged crime was so politically charged.

We started by scouring the Internet for any mention of the alleged crime, and we used pieces of information developed from these sources to collect the non-biometric identifiers of our witnesses: pieces of information, such as their ages, that might come in handy later in the investigation. In some instances, we were able to locate witnesses based on online sources, such as one witness in a foreign country who we located through his pilot’s license in the United States. Another witness we identified through a public phone listing in Europe.

The investigation we did in this case was instrumental in the capital murder charges being dismissed against the defendant.

We then vetted and hired investigators in several countries to scout our advance and to help us identify witnesses’ possible locations using the information we provided them. In some of the underdeveloped countries, where there were no private investigators, we reached out to non-governmental organizations to identify trustable translators and to learn about operating in these environments.

Once we laid this groundwork, our investigators traveled to several countries, further vetted translators, and followed the leads to locate the witnesses. In one instance, with only a hand drawn map and a good translator, we were able to locate several witnesses located in a highly remote area of a significantly undeveloped country, miles from any paved roads or electricity.

The investigation we did in this case—and particularly the work we did locating these hard-to-find witnesses—was instrumental in the capital murder charges being dismissed against the defendant.

Some of the details in our Case Studies have been changed to protect the confidentiality of our clients. In some instances we may have merged general facts having to do with two or more cases into one example. However, we never did this to embellish our experience. Where information in a Case Study is identifiable, it was included with the expressed consent or the client or because the information was already public knowledge.

Our firm has over a sixteen-year track record of success, and our team has many more years of experience investigating cases on behalf of attorneys. We are best known for investigations in civil, plaintiff-side cases, with a focus on personal injury and employment litigation. 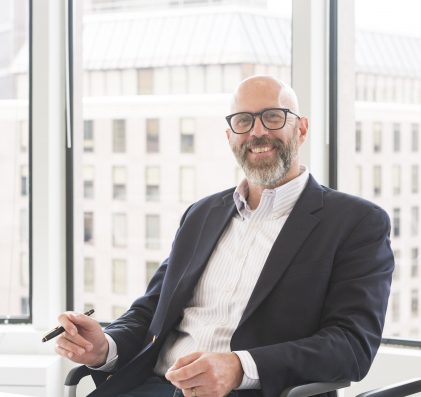 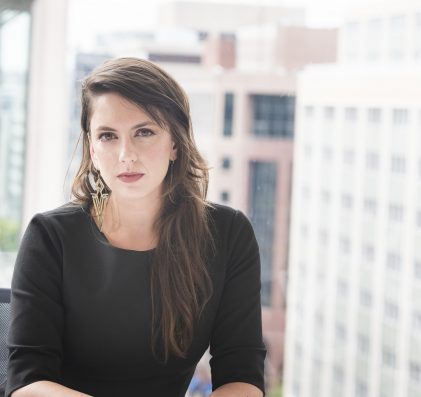 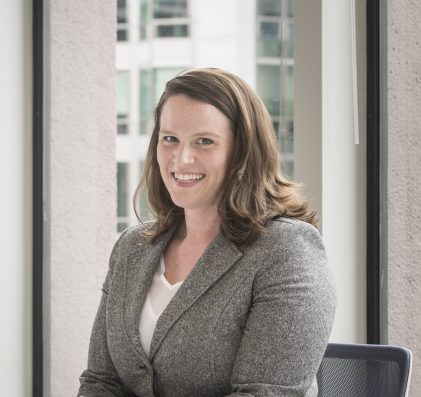 Eroding Atkins v. Virginia: How the Courts Are Allowing Persons with Intellectual Disabilities to Be Sentenced to Death.

Alexandra Becnel published an article in the University of Baltimore Law Review called, “Eroding Atkins v. Virginia: How the Courts Are Allowing Persons with Intellectual Disabilities to Be Sentenced to Death.” The article, about how the Supreme Court undermined what should have been a bright-line rule in Atkins because of ambiguity over how to define intellectual disability, tracks the case ... Learn More

Dinolt Becnel & Wells Investigative Group LLC has an opening for an Administrative Assistant who speaks and writes fluently in English and Spanish. Applicants must also have at least two years’ experience working as an administrative assistant or in a similar setting, and must reside in or around the Arlington, Virginia, area. A bachelor’s degree is ... Learn More